Limitations of the self-amending ledger?

What are the technical limitations of the self-amending ledger? Eg. what can't be amended via protocol updates with the on-chain governance mechanism?

The goal is to narrow down the as much as possible what can be upgraded to the parts which require agreement between all the participants. This is referred to as the "economic protocol". Fundamentally, the economic protocol decides which blocks are valid and which aren't, and provides a scoring function that determines the canonical chain among several alternatives.

Other aspects aren't amendable via on-chain governance because they can be amended directly by the user. For instance, the peer to peer layer and the gossip networks could be altered without affecting the validity of the chain so long as some nodes can gossip messages from one network to another. Likewise, the specifics of storing data do not directly affect the validity of the chain.

There are however a few things that are not amendable via the on-chain governance model but that would still require mass coordination to change. A few notable examples: 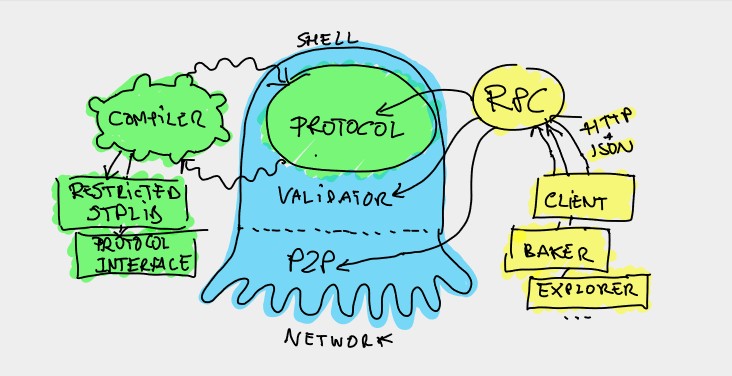 Not the answer you're looking for? Browse other questions tagged governance updates or ask your own question.

The Overflow Blog
Featured on Meta

4
What does "stakeholders govern the protocol" exactly means?
5
Error when updating the node
5
Who bakes and endorses the blocks for the testnet during proposal?
3
Where is the protocol change proposal injected?
1
How can delegators find out the voting intentions of Bakers?
1
What exactly is tested during Testing Phase of the governance cycle?
0
Does the delegate's stake change their vote's weight?
0
How to run tezos rewards distributor for the past cycle?